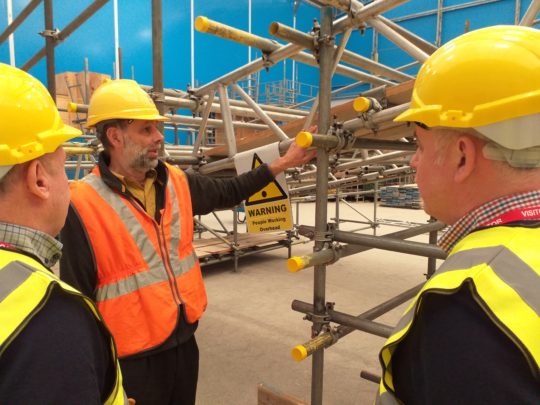 The NASC is developing a good practice safety guide dedicated to the erection, maintenance and dismantling of temporary corrugated iron roofs, with the assistance and input from scaffolding industry stakeholders and experts.

The move comes in response to calls from the Health and Safety Executive (HSE) and the scaffolding industry generally, for a definitive system of work relating to scaffolding temporary roofs.

As the first part of the process, the NASC held a Temporary Roof Workshop at Simian’s Waltham Forest CISRS training centre in Leytonstone, London, to establish the methods scaffolders should employ to erect a temporary roof as safely and efficiently as possible.

The new safety guidance is being developed by a working group consisting of members of the NASC’s H&S and Technical committees as well as representatives from HSE, ASITO and CISRS. The new application-focused guidance will complement NASC’s existing technical guidance, TG9:18 ‘the design and construction of temporary roofs and buildings’.

Alan Harris, Chair of the NASC H&S Committee and Managing Director of Pro-Fix Access Ltd, said: “The NASC is recognised both nationally and internationally as the leading organisation in the scaffolding industry with a long and established track record of providing industry with the H&S and technical guidance it uses to carry out a wide range of scaffolding projects in a safe and compliant manner. So when we were asked to produce a guidance note for the erection of tin roofs we were more than happy to take on this task.

“The Temporary Roof Workshop, attended by experienced scaffolding professionals with a diverse range of expertise, was the first step on this journey. The hands-on event gave us the opportunity to see how the erection of temporary roofs is currently taught as part of the CISRS Advanced Scaffolder’s course and how this differs to what we know is carried out on sites up and down the country.

“Furthermore, it allowed us to agree on safe systems of works, which can now be converted into a guidance document and incorporated into the CISRS training course and provide a checklist for the all those involved in the erection of tin roofs and also a basis for checking and managing the safe methods used. It will also prove a great asset to the HSE teams that have to monitor and investigate the way our industry operates.”

John Underwood, HSE Inspector and NASC H&S Committee member, said: “The workshop proved extremely useful and will lead to a new, practical temporary roof guidance document.  This will help end confusion and poor working practices relating to the erection of temporary corrugated iron roofs and provide scaffolders with all the practical information they require to carry out the job in a safe and effective way.” 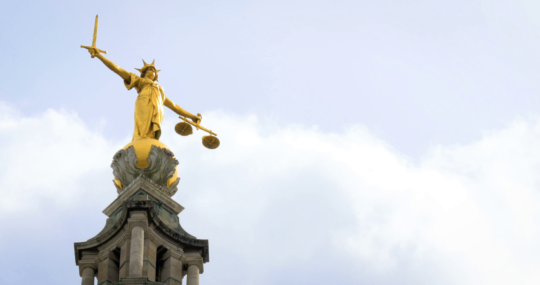 Two recent scaffolding-related prosecutions in as many weeks have once again highlighted how dangerous and costly working unsafely at height can be.

The cases themselves are shocking and have been publicised by the Health and Safety Executive (HSE). While I believe it’s right to fine companies for failing to meet Working at Height requirements, I’m more interested in prevention – helping businesses across the UK to know what they need to do to work safely at height, avoiding the need for prosecution.

That’s where the NASC guidance comes in. The NASC produces a wide range of health & safety, technical and contractual guidance covering a multitude of issues and scenarios. The vast majority of these documents are available to download for free from the NASC website.

I’d encourage scaffolding contractors and their clients to utilise this free resource, if they’re not already doing so.

In the first recent court case, a collapsed scaffold landed on a single storey roof adjacent to a nursery playground. An HSE investigation found the scaffolding was not designed or installed to withstand foreseeable loads.

It was not tied to the adjacent building, nor did it have adequate buttressing or rakes and was essentially a freestanding structure.

We’d recommend contractors use TG20:13 Guide to Good Practice for Tube and Fitting Scaffolding to produce a compliant scaffold design. Furthermore, when working in close proximity to public spaces, we’d encourage contractors to make use of SG34:17 Guidance on Protection of the Public, which is available here.

The second court case saw unsecured boards added to the working platform of a five-metre-high tower scaffold. Whilst moving from one part of the structure to another, a welder stepped on one of the unsecured boards, which spun around and caused him to fall five metres onto the concrete floor below.

He suffered a broken collarbone, fractured ribs and a head injury and was hospitalised for 10 days.

In this example, the welding contractor should have referred to SG36:18 Unauthorised Modifications to Scaffolds, which can be found here.

The NASC aims to update each guidance document at least every five years – ensuring they are as relevant and fit-for-purpose as possible – and adds to its portfolio as and when required.

This ongoing endeavour is only possible thanks to the hard work and dedication of the NASC’s various committees, whose members give up their time and expertise free of charge.

I’d recommend all contractors take five minutes to go through the NASC online shop and make a note of the titles available.

Hopefully, they will come in handy one day; helping to keep workers safe at height and companies out of court. 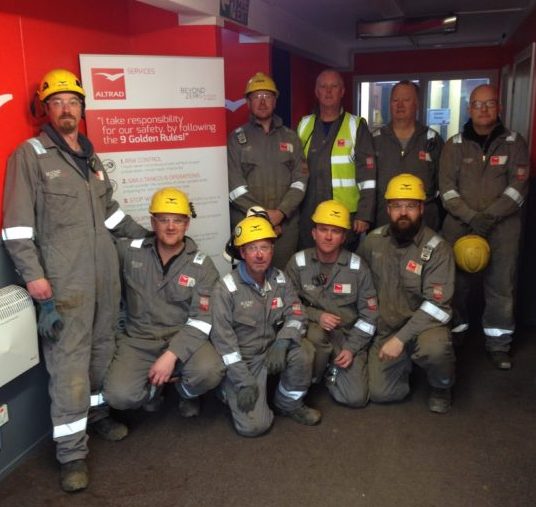 The operatives underwent the two-day training at the Hampshire oil refinery earlier this week.

The pilot scheme was organised by CISRS and run by AIS Training. It came about following a request from Altrad Cape made during an Access and Scaffolding Industry Training Organisation (ASITO) committee meeting.

With no approved training provider in the local area and high demand for the course from the hundreds of Altrad Cape and Bilfinger scaffolders working on the refinery, CISRS sought to bring the training to the site rather than require operatives to travel to different centres across the country for CPD training.

David Mosley, CISRS Scheme Manager, said: “The logic is sound; why force large groups of operatives to travel far and wide for training when we can bring the training to them?

“We’ll now review the pilot with a view to rolling CPD training out at large projects or sites when and where similar supply and demand scenarios emerge. We’re constantly looking at improving the CISRS scheme and are happy to respond to requests from industry so long as quality and standards are maintained.”

The course was well received by the scaffolders on site.

Scaffolder Matthew Weir said: “It was a very informative course that was well delivered by the instructor. I’d recommend it to the other scaffolders on site.”

Gary Burke AIS instructor Training, added: “The course went really well and I found both the delegates and management very professional. I look forward to continuing our relationship with both the Altrad and Billfinger team at Fawley in the future and would like to thank in particular Dave Burchett and Luke Chorley from Altrad Cape and Terry Whitby from Bilfinger for their support.” 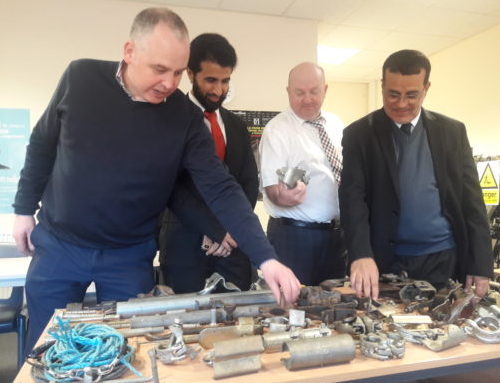 The Qatari government has placed an insistence for CISRS-trained operatives in all its major construction project scaffolding tenders.

The procurement announcement was made by representatives from Ashghal, the department responsible for overseeing large-scale infrastructure, buildings and public utilities developments across the country, during a visit to London.

Following a tour of the facility, CISRS Scheme Manager David Mosley gave a short presentation into the history of CISRS in the UK and the creation and ongoing expansion of the Overseas Scaffolders Training Scheme (OSTS).

The benefits of OSTS training – with increased labour skills leading to increases in safety standards and productivity – and the recent establishment of two CISRS OSTS centres in Qatar were then discussed.

Khalid Al-Emadi, Manager of Quality and Safety Department, said: “I would like to thank Simian Risk and CISRS for inviting us to meet with them at the Waltham Forest training centre. It was great to hear about how the internationally-renowned training provided to scaffolders in the UK is being rolled out across the globe via the CISRS OSTS scheme.

“We’re keen to ensure the highest safety standards and working practices are in place on all major projects overseen by Ashghal, which currently includes the delivery of more than £20 billion of construction in the next five to seven years. CISRS OSTS is central to this goal and we are delighted to add a requirement for CISRS OSTS training in our tender process for all scaffolding works.”

“It was great to hear that safety is such a key driver for Ashghal, as evidenced in their achievement of passing 100 million hours without Lost Time Injury for infrastructure (roads/drainage) projects. We were pleased to present them with a trophy and certificate in recognition of this milestone and listen to their plans to implement new policies and forge new partnerships to build on this.

“We are delighted that more and more overseas organisations are recognising the value of CISRS OSTS, which is now provided at 15 centres worldwide including facilities in Nepal, China, Nigeria and Saudi Arabia.”

Ian Fyall, Partner at Simian Risk, said: “We were delighted to welcome Ashghal to our new training centre and explain how we’re delivering a variety of CISRS scaffolding courses at various locations in the UK as well as CISRS OSTS courses with local partners in Africa, India, China and the Middle East.”