The NASC has gone behind bars in recent weeks as part of wider efforts to bring more recruits into the scaffolding industry.

Henry Annafi, NASC Training Officer, attended insight / careers events at HMPs Peterborough and Thorn Cross, at which he was able to engage directly with prisoners and inform them of the broad range of careers available to them in the scaffolding industry upon their release.

Henry and David Mosley, NASC Training Director, also visited HMP Featherstone earlier this month to talk to Department of Work and Pensions and Ministry of Justice officials about the creation of a bespoke scaffolding training programme for inmates who are due for imminent release. 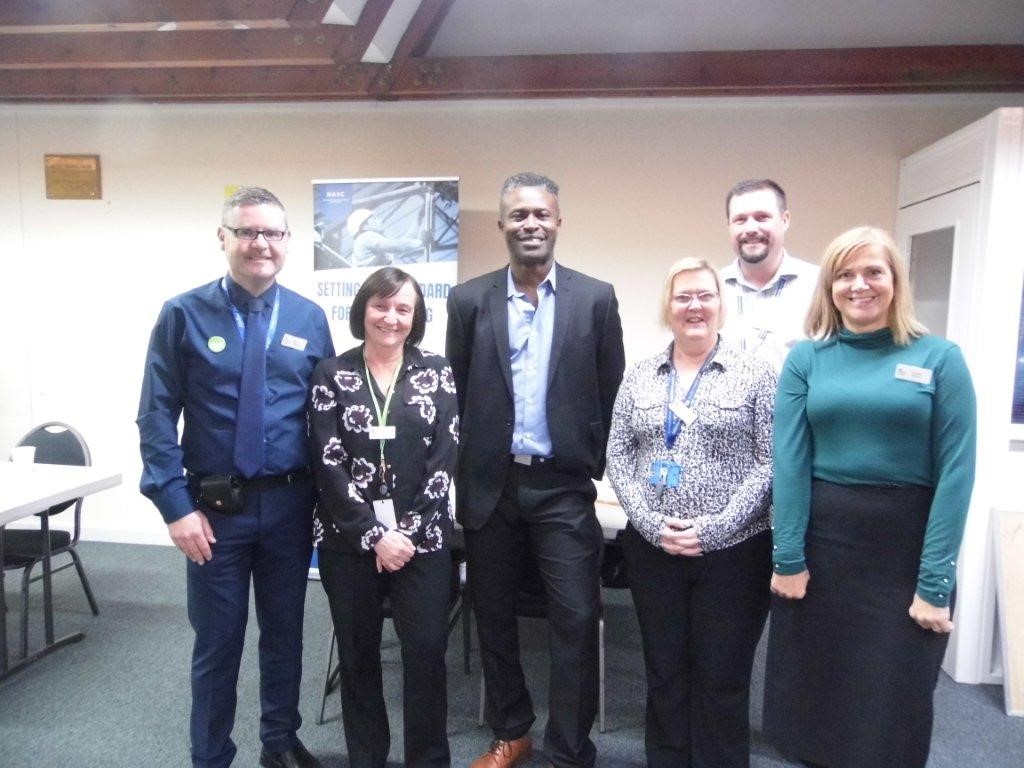 Mr Annafi said: “As the trade body for access and scaffolding in the UK, the NASC recognises that it’s our responsibility to help the industry address the skills gap by raising awareness of the careers available to people of all backgrounds, abilities, ages and experiences.

“This recruitment drive has seen us engage with the Armed Forces, schools and colleges and more recently with the prison service and ex-offenders. At each of the prisons we visited in the past few weeks we found people looking to turn their lives around and also officials who were keen to discuss the possibility of working with us to provide better scaffolding training opportunities to inmates to help them find employment more easily upon their release.

“This is very much a work in progress but we’re confident we can make improvements in this area soon.”

Matt Bowler, Managing Director of MK Scaffolding Specialists Ltd, has been awarded the SME National Business Award for Mentoring in recognition of his work with young people and ex-offenders.

Mr Bowler, who also serves as Managing Director of Vantage Event Structures, created a work scheme for inmates of HMP Spring Hill in 2011, giving those involved a chance to train as scaffolders and take up positions at MK upon their release.

He also providers employment opportunities to school leavers via his companies’ Apprentice Scheme, run in partnership with the National Construction College.

Mr Bowler has been open about how turned away from gangs and violence at a young age and channelled his efforts into something productive, an experience which inspired him to help others where he can.

He said: “It gives me a lot of satisfaction to help kids who are in the same position I was in and in construction there are so many opportunities to diversify into an area that suits you. When I started as a scaffolder if someone had told me I’d be building and designing structures for London Fashion Week and commentary boxes for Premier League football clubs, I wouldn’t have believed them.”

We can send you an NASC Information Pack in the post.

Send us an e-mail