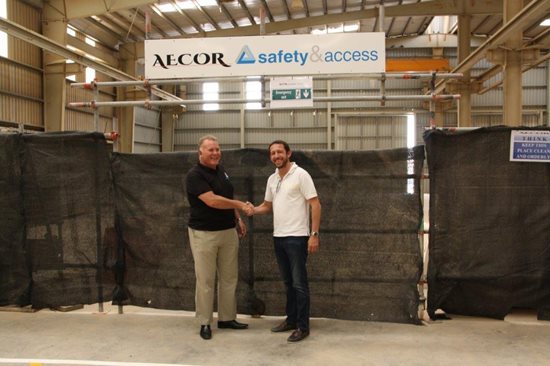 The CISRS Overseas Training Scheme (OSTS) received a further boost in April – as CISRS Scheme Manager, David Mosley granted re-accreditation to the Safety & Access Middle East Centre in Ajman (UAE), opened a brand new purpose-built centre in Qatar, and took part in a high profile scaffolding conference in the region.
The Ajman Centre has been granted CISRS approval for a third year in succession – with interest in the scheme continuing to improve with each accreditation visit. Course numbers have been increasing steadily and will be further boosted in May with a delegation of Chinese scaffolders travelling from Iraq to carry out CISRS OSTS training in the UAE. Safety & Access Middle East is also set to deliver a series of onsite courses in Saudi Arabia in the coming weeks.

The new Qatar centre – which is a joint venture with Safety & Access and local company Aecor – is located at Al Khor, close to Ras Laffan, which is a major industrial area. It was awarded its accreditation by David Mosley, following a strict audit process. The centre received a very favourable report, which noted that the classrooms and the practical areas were fitted out to “a very high specification.” The report also stated that brand new scaffolding materials were present for training purposes. 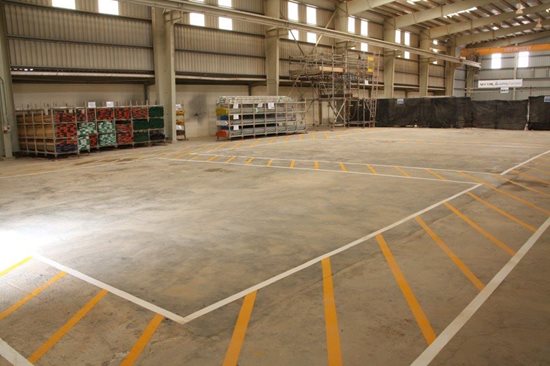 Safety & Access now have two training centres in the Middle East which can offer Level 1–3 Scaffolder training, Scaffolding Supervisor courses, Basic and Advanced Scaffold Inspection, plus system product training, with an option to train on site if required.

CISRS Scheme Manager Dave Mosley said: “It’s great to see the OSTS scheme taking off in the Middle East. We are rapidly becoming the scaffolder training scheme of choice both in this region and the Far East with over 2,500 card holders. The new Safety & Access/Aecor facility in Qatar marks another significant milestone in the development of CISRS training outside the UK”.

The conference, which took place at the Four Seasons Hotel and Resorts in Qatar, was attended by over 70 delegates and received wide local media coverage. 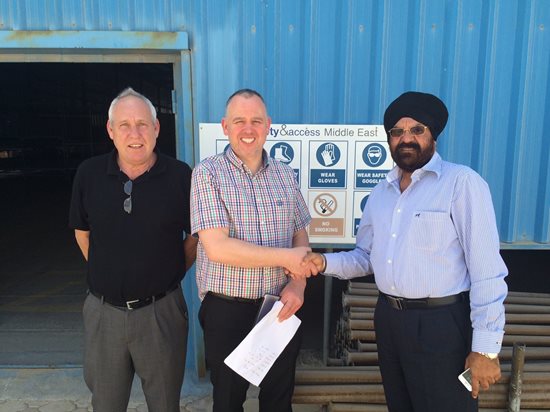 Mr Mosley added: “The CISRS presentation was well received and the resultant question and answer session was very lively. It was great to spread the NASC and CISRS message to a lot of major players. I would like to thank the organisers of the conference, the delegates and all the speakers, Dave Russell (AECOR), Rick Statham (Safety & Access) and Ricky Morgan (CCC) for making it an informative and successful day.”

Rick Statham, Safety & Access added: “The CISRS OSTS scheme is based upon the successful UK scaffolding competence scheme and we are very proud to be associated with this. There are other schemes in the region which claim to meet the requirement for scaffolder training, however none of these schemes are as rigorous as the CISRS OSTS scheme. We believe that through consistent high quality delivery and adoption by clients the CISRS OSTS scaffolding training scheme will soon be perceived as the premier standard for access training.

“We have been working with our partners on the Qatar project for the last year and are delighted that we have now reached our aim of CISRS accreditation. The availability of CISRS OSTS training at Al Khor is of great interest to clients who are seeking formal qualifications in scaffolding. We were overwhelmed by the attendance at the conference and we think that this clearly demonstrates a real appetite in Qatar to enhance an already well-established safety culture.”

For further details about CISRS OSTS training and accredited training providers, or to find out more about CISRS, please visit www.cisrs.org.uk or email enquiries@cisrs.org.uk.