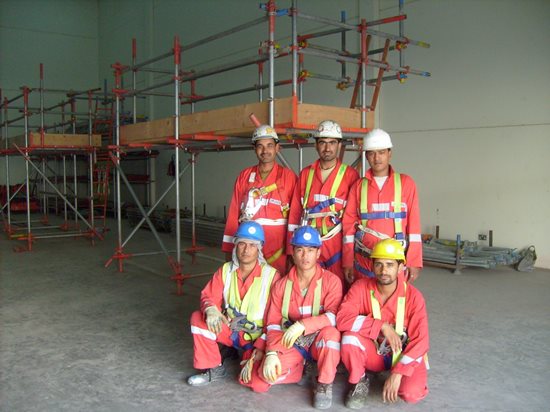 Following the recent news that there are now more than 50,000 CISRS card holders in the UK, the CISRS Overseas Scaffolder Training Scheme (OSTS) has reached another milestone for the organisation – with 2,500 operatives having completed training and holding CISRS OSTS cards.

CISRS Scheme Manager & NASC Director of Training, Dave Mosley, said: “The news that we have trained 2,500 overseas card holders via the CISRS Overseas Scaffolder Training Scheme in such a short period of time is very positive indeed. We are really getting the message out across the globe that CISRS is the right training programme for scaffolders.

The Overseas Scaffolder Training Scheme (OSTS) was originally developed around 3 years ago by CISRS with support from 2 of its UK approved training providers, Safety and Access Ltd and Simian Skill Ltd. It is based upon the same sound principles as the UK training scheme, including on site experience and assessment. The practical course elements are almost identical to the UK programme, although Level 1 – Level 3 Scaffolder course delivery takes place in 5 day blocks as opposed to 10. Health & Safety and UK industry guidance remain an integral element of CISRS overseas training, and it is felt that this could provide a major boost to working practices in some countries where operatives may not always be required to adhere to the safest working methods for the erection and dismantling of Scaffolding.  After a relatively steady start OSTS is beginning to make a real impact within the regions in which it operates. These include UAE, Qatar, South Korea, India and the Philippines.

CISRS has been the established qualification for the scaffolding industry within the UK for over 40 years. Occasionally there is a misconception internationally that CITB is the relevant industry qualification for scaffolding in the UK, when in fact CITB’s main role in relation to scaffolding training is to issue cards on behalf of CISRS and provide grant funding. The CITB logo did historically appear on CISRS cards however this was removed around 15 years ago. The National Construction Colleges, including NCC East (Bircham Newton) are accredited by and deliver CISRS scaffolder training. Through further promotion of the OSTS course, CISRS are seeking to establish themselves as the brand of choice for scaffolder training worldwide.

CISRS OSTS centres are operated either solely by or in partnership with accredited UK providers, which allows their experience, knowledge, and good practice established over the years to be directly transferred to the overseas centres. UK approved instructors carry out the training and local instructors are required to qualify via OSTS and shadow UK instructors prior to gaining accreditation to deliver training in their own right. 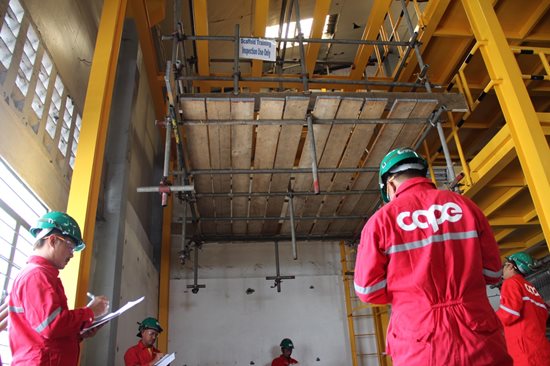 Cape’s centre in the Philippines was the first ever CISRS training centre to operate outside the UK (2006). Although initially operated to CISRS UK criteria it has since moved on to deliver CISRS OSTS.

Mike Harding, Director (Philippines, Thailand, Myanmar, Vietnam, and PNG) stated: “We have always been big supporters of the CISRS scheme, and we feel that training our operatives to these standards has given us the edge over our competitors within the region. Moving over to the OSTS scheme will allow us to retain the quality and rigour of the UK scheme whilst the shorter duration training modules will help us operationally and logistically when programming courses for scaffolders who are working all over the world and are often away for considerable periods of time.”

To have the support of major players within the sector is essential to the success of CISRS OSTS. This has become apparent in South Korea, where a partnership between Safety & Access and Samsung Heavy Industries has seen OSTS courses run continuously since the centre initially gained accreditation in July 2013. Several hundred scaffolders have now completed both Level 1 and Level 2 OSTS training with regular Scaffold Inspection and Scaffolding Supervisor courses being completed within the same period. The aim ultimately is to put all scaffolders and supervisors on site through the CISRS OSTS programme.

The most recent addition to OSTS has seen a brand new purpose built scaffolding training centre opened in Chennai (Southern India) by UG/Safety & Access UK (PVT) Ltd. There are currently thousands of Indian scaffolders working all over the world, with very few of them having undertaken any formal or industry recognised training. More often than not they have been trained ‘in-house’ or on the job once arriving in the country where they are working. To provide a CISRS facility at source in India will allow high quality training to be completed prior to operatives arriving on site.

Rick Statham, Joint Managing Director for Safety & Access Ltd said: “It’s been a real pleasure helping to get OSTS off the ground and assist in cementing CISRS’s reputation across the globe. We are confident that the scheme’s solid start will continue to snowball and we hope to be celebrating further milestones in training completed and CISRS cards issued as the scheme develops.” 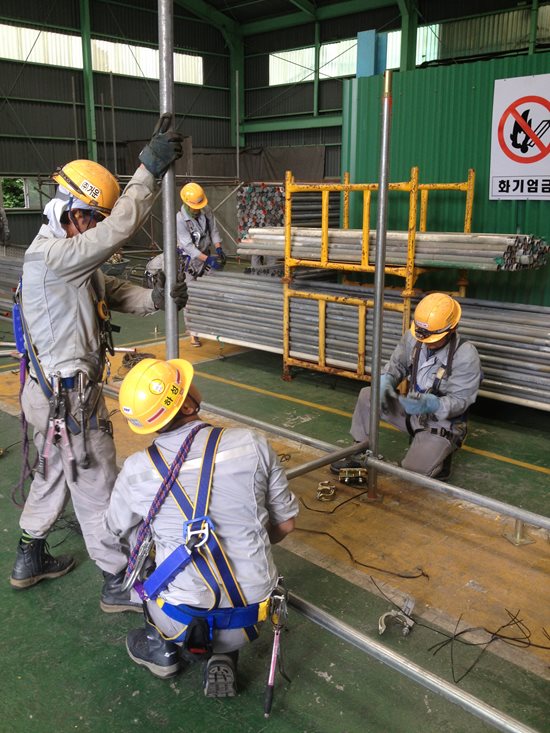 In April CISRS will be returning to Dubai, Ajman and Qatar to carry out an annual audits on both Simian Skill and Safety & Access approved training centres in the region. Whilst there they will be meeting with clients within the oil and gas sector in order to further promote CISRS OSTS.

“There is so much work going on across this region with many very large and important companies operating in the sector. A lot of these multinational companies do promote safe working conditions and look to train their workforce to a high standard. In the UK they would insist on CISRS qualified scaffolders working on their projects. It’s now the job of CISRS and its accredited providers to make them aware that their training programmes are available locally and as such they can then impose the same requirements across the UAE and surrounding areas“, said Ian Fyall, Operations Director at Simian Skill.

CISRS OSTS has made a very positive start in a relatively short period of time and is hoping that it can continue to grow as news of its arrival on the world stage reaches more of those within the sector.

For further details about CISRS Overseas Scaffolder Training Scheme (OSTS), a list of approved training providers, or to find out more about CISRS, please visit www.cisrs.org.uk or email enquiries@cisrs.org.uk.