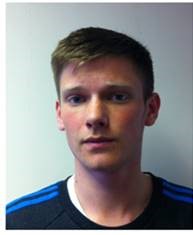 NASC Apprentice of the Year 2016 Announced at AGM

The NASC has announced the results of its Apprentice of the Year 2016 Award at its Annual General Meeting in Amsterdam (Friday November 25th) – with Kier Phur TRAD Scaffolding Co Limited winning, Lisa Duncan of A & J Maintenance Support Limited named as runner-up and a posthumous special mention going to Mike Towell of Interserve Industrial Services.

A trophy and a cash prize of £500 will be awarded to Kier Phur, whilst his employer TRAD Scaffolding Co Ltd will also receive a trophy and £500 – to be spent on scaffolding training with a CISRS approved training provider in 2017.

Now in its third year, the Construction Industry Training Board (CITB) and Construction Industry Scaffolders Record Scheme (CISRS) sponsored NASC Apprentice of the Year scheme is aimed at individuals who are directly employed by an NASC Member company and are either part way through a formal scaffolding apprenticeship with an approved CISRS provider, or alternatively have successfully completed the apprenticeship programme in 2016.

And this year saw a raft of good entries from the confederation’s 229 full contracting member companies. The criteria for the apprenticeships award states that a successful candidate “needed to be conscientious, to have shown a willingness to learn and develop skills and have gone above and beyond the call of duty whilst working their way through the qualification.”

NASC Apprentice of the Year Scheme Judge Paul Gaze of CITB wanted to see “evidence of someone who through hard work, personal development and a commitment to the industry would be viewed as a shining example to others looking to enter the scaffolding sector.”

He added: “This year’s awards were very tough to judge, with a record number of quality entries from NASC members across the UK. Whilst it was a difficult process, two candidates in particular stood out – demonstrating their commitment to the scaffolding and access industry. They are a credit to themselves and their employers.”

Dave Mosley, NASC Director of Training and CISRS Scheme Manager said: “Congratulations to both winner Kier Phur and runner-up Lisa Duncan. This NASC Apprentice of the Year award is a great way of promoting the many apprenticeships NASC member companies create year on year – providing a backbone and lifeblood to their firms.”

For details about scaffolding apprenticeships, becoming an NASC member and to find out more about the latest SG4:15 ‘Preventing Falls in Scaffolding Operations’ Safety Guidance notes, the TG20:13 full suite and the NASC – the UK scaffolding industry trade body – please visit www.nasc.org.uk or email: enquiries@nasc.org.uk.