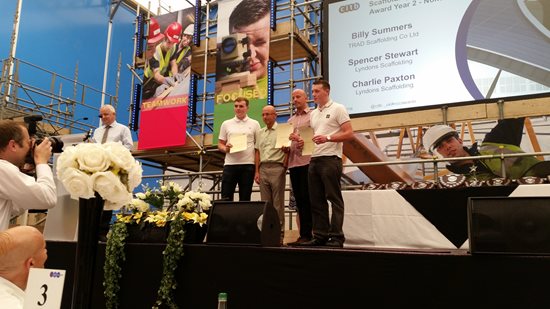 NASC member company apprentices were highly successful in the Construction Industry Training Board NCC Apprentice Awards 2015 – achieving nominations in every round, right across the UK, with multiple winners in the coveted Scaffolding Apprenticeship Year 1 and Year 2 awards and the overall Apprentice of the Year category.

The final round at NCC East at Bircham Newton on July 16 saw another NASC member company win, with Kevin Lynn of Cape Industrial Services Ltd winning the Year 2 award and Wayne O’Dell of RBS Scaffolding Ltd receiving a nomination for the Year 2 award. Cian Woods of M.R. Scaffolding (Anglia) Ltd was nominated for an Essential Skills award. 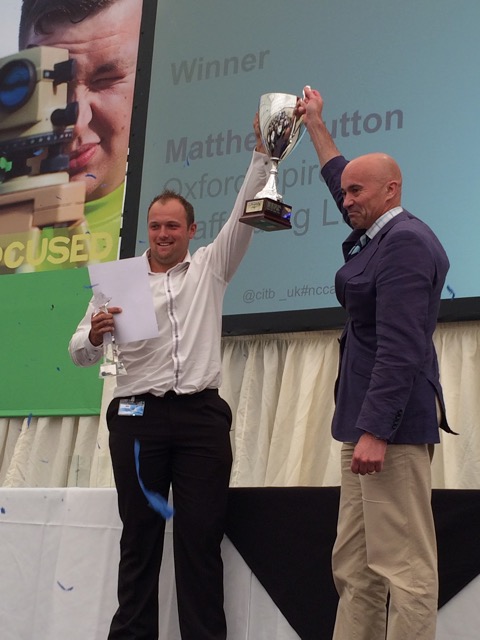 NASC MD, Robin James said: “NASC members’ apprentices are always well-represented at these awards, thanks to the time and dedication which our members put into scaffolding apprenticeship training. This has been a particularly fine year for nominations and awards and congratulations are due to all member nominees and winners across the regions. It just goes to show how high the standards of apprenticeships are at our member companies.”

NASC Training Manager, Dave Mosley added: “The NASC is always pleased to sponsor the NCC Scaffolding Year 1 and 2 Apprentice Awards. The scaffolding sector accounts for almost half of the annual total of apprenticeships delivered by NCC (around 400 in 20014/15) and it’s great to see member company apprentices so heavily featured across the colleges nationally. Well done to all winners and nominees.”

“The NCC continues to be the largest training provider of its kind in Europe – supporting over 26,000 individuals every year including over 700 apprentices, and enjoying achievement rates well above the national average.”