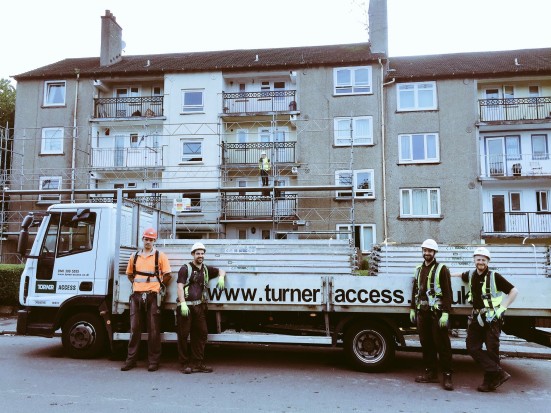 The NASC has launched a promotional film – aiming to broaden the safe scaffolding message of the UK’s leading access and scaffolding trade body and to encourage small and medium sized enterprises (SMEs) to become members of the confederation.

The three-minute film – which is available to view via the NASC’s social media channels and website – features interviews with three different sized member companies, at three separate locations and access and scaffolding jobs across the UK.

The film was shot by a leading supplier of digital media using the latest equipment and techniques, with the project managed by NASC Marketing Manager, Phil Royle of Royle Media, who said: “We wanted to create a modern, fast-paced and engaging film about what being an NASC member does for different sizes of scaffolding contracting firms, why they should want to be part of the confederation, what the benefits of being involved are and to give the construction sector a clear visual message of the quality, safe and regulated service our 200+ contracting members offer.

“The end result is something accessible, interesting and inspirational for those who watch it, and we hope it will be widely enjoyed and shared within the scaffolding, construction and health and safety industries.”

NASC President Alan Lilley said: “It has been said by many that the NASC is a closed shop – this could not be further from the truth, and this film goes a long way to get that message across. One of my aims during my presidency is to significantly increase the membership by the end of my term in 2017 by raising the profile of the confederation. This film is an important part of that process. Hopefully it will encourage many SME firms to go through the audit process (with our help) and become NASC members.”

To view the film, please visit the NASC website and Twitter or Facebook social media channels (where the film is pinned to the top of the profiles).

And for details about the NASC – the UK scaffolding industry trade body – including becoming an NASC member and for details about the NASC Scaffolding Specification Document, new biennial scaffolding product innovation award, to order copies of the SG4:You 2015 pocket guide, information on the latest Safety (SG) and Technical (TG) guidance, or to order a TG20:13 full suite, please visit www.nasc.org.uk or email: enquiries@nasc.org.uk