Congratulations are due to Lydia Chard, Business Development Manager at NASC member company Star Scaffolding Ltd, who has been short-listed for an award as part of the NFB Top 100 Most Influential Women in Construction 2022 Awards. 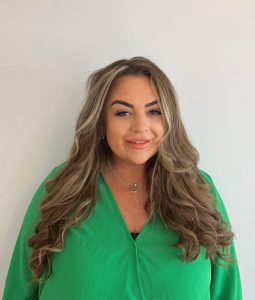 The NASC is extremely proud of Lydia and Star Scaffolding Ltd for their pioneering work with returning citizens. At a time when skilled scaffolding labour is in short supply, it is encouraging to see an NASC member company investing in industry training for returning citizens.

Lydia commented on the returning citizen programme as follows: “We have enrolled eight, with three booked on COTS and Part 1 courses. I am in discussions with WMP with regard to further candidates and going to prisons to share our success and offer employment to more returning citizens.”

Robin James, NASC Managing Director, added: “NASC extends its warmest congratulations to Lydia for being short-listed for one of these awards. Not only does Lydia put in the hours at Star Scaffolding Ltd in West Bromwich, she also sits on the NASC Marketing Committee where she makes a valuable contribution to the discussion and debate.

“The NFB Influential Women awards showcase female role models at all levels within the construction industry, from apprentices, to rising stars, to directors. It’s particularly gratifying to see an NASC member company represented on the shortlists. I’m sure the NASC membership will join me in supporting Lydia all the way to the awards event in Manchester, where the winners will be announced on 27 October.”