The Annual Safety Report is based on factual information reported by all Full Contracting Members of the National Access and Scaffolding Confederation.

The Annual Safety Reports confirm that using an NASC member for your scaffolding will ensure a safer and more compliant scaffold than that provided by non-regulated scaffolding companies.

The number of accidents and injuries recorded by NASC members fell to an all-time low in 2019, with just 74 incidents to operatives throughout the year.

This figure is revealed in the NASC 2020 Safety Report, which documents and analyses accident and injury statistics for its full contracting members – representing more than 17,000 scaffolding operatives across the UK – in the previous calendar year.

Furthermore, this figure means that 99% of NASC member-employed operatives went through 2019 accident and injury free. There were also no operative fatalities last year, for the seventh consecutive year.

Of the 74 incidents, 13 were recorded as major, requiring hospital treatment, with the remaining 61 recorded as over 7-days. These figures are both the lowest on record.

Slips, Trips and Falls on the same level (STFs) accounts for the majority of the reported incidents – 28. This is 15th consecutive year that STFs have been the predominant cause of injury to operatives, accounting for 21% of all injuries reported in 2019.

“These achievements are only made possible by the commitment of the NASC and its members to put in place the highest standards of safety procedures and practices and make improvements whenever and wherever possible.

“The 2020 Safety Report demonstrates in no uncertain terms that NASC members are incredibly safe, and justifies the decision taken by an increasing number of main contractors to specify NASC-only for their scaffolding requirements.”

Robin James, NASC Managing Director, added: “We are delighted to have recorded such encouraging figures. This sends out a clear message to the wider construction industry that the NASC and its members place safety at the heart of its working practices and endeavour to make further improvements whenever possible.

“This Report is much more than just a record of last year’s achievements. It’s also an opportunity to analyse the causes behind each and every one of the 74 incidents recorded and see what can be done to stop these types of accidents from happening again.

“A number of key findings and next steps have already been identified and included in the Report. I am sure the NASC and its various standing committees, including the Health & Safety and Current Affairs committees, will be exploring ways to drive these incidents down further.” 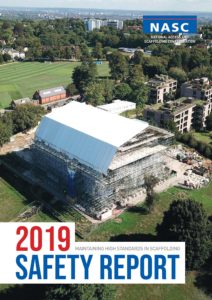 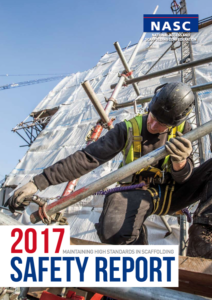 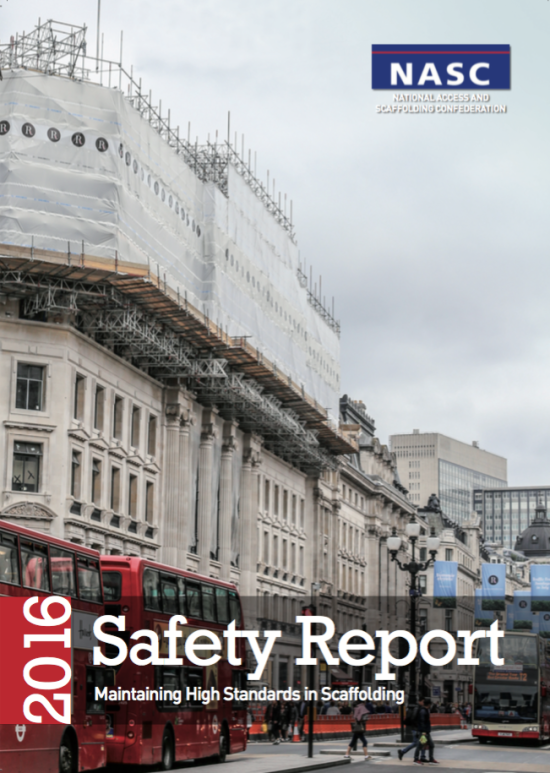 If you intend to use a non-regulated scaffolding company ask them first to provide their annual accidents return to compare their performance against that of an NASC member.